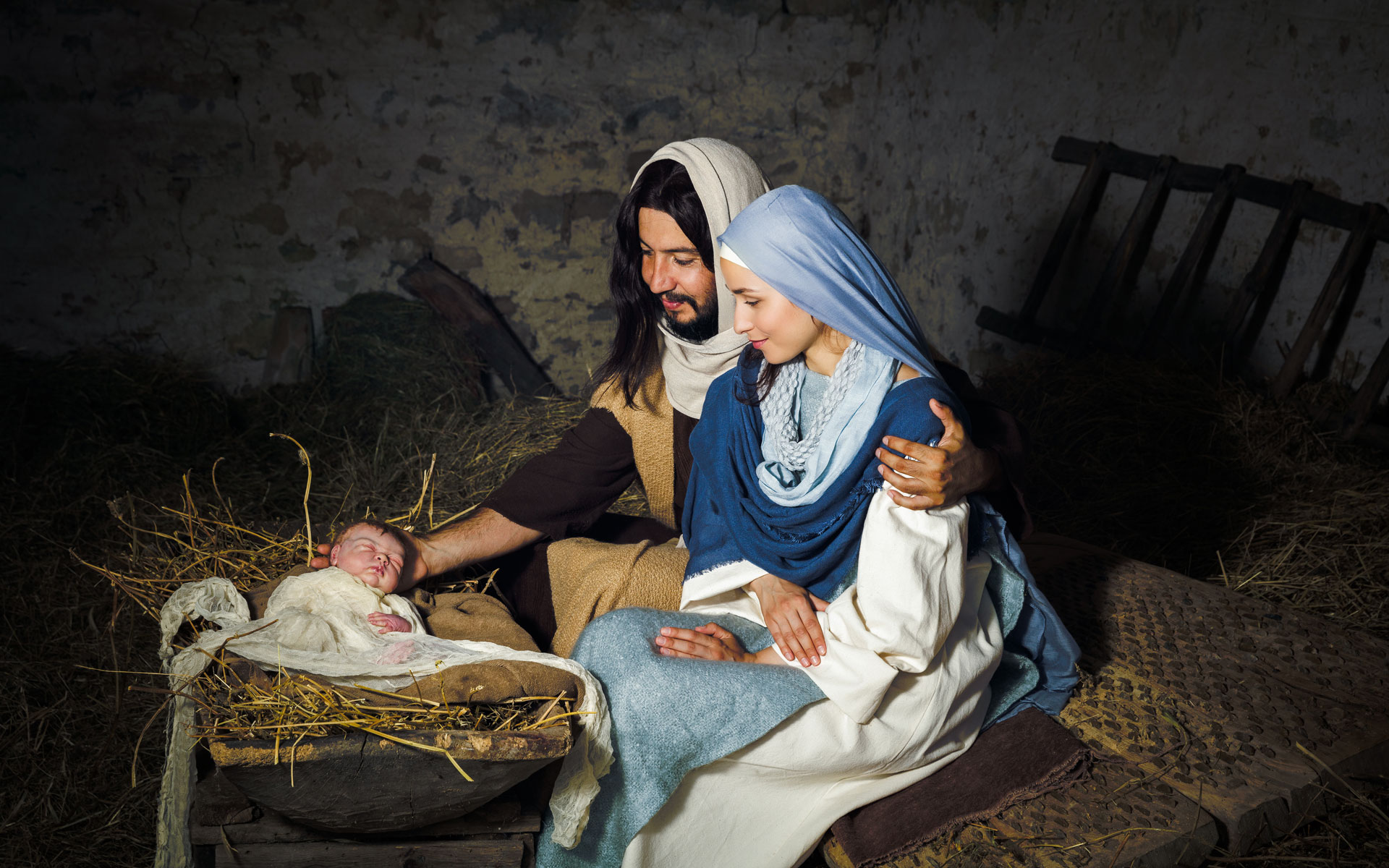 The Christmas tradition of the live cribs in Western Sicily is unique and evocative thanks to its not so rigid winters, and because the atmospheres are created by the insular landscapes with small city centers sheltered on peaks and promontories.

In Caltabellotta, in the province of Agrigento, listed among the most famous acropolis of the ancient times, along with Mycenae and Pergamum, the houses cling to the rock and the lights clamber on narrow streets, leading visitors into the ancient atmosphere of the cult of the Nativity.

Nestled on Kratas, a southern slope of the Sicani Mountains, Caltabellotta is one of Sicily’s oldest cities, whose caves have been inhabited since prehistoric times. Visitors are welcomed “inside the cribs” between monotonous tunes and Christmas songs played by bagpipes players. The inhabitants of the town transform into storytellers staging a past that resurrects from two thousand years ago. Following the little paths leading to the Byzantine rocky church, in the ancient neighborhood of the Pietà and after the ascension to the caves of San Coco, that is where the nativity is located.

From the height of its 950 meters above sea level, the small village of “Qalat al Balat”, which literally means: a fortress built on the pits. Today, it still dominates all the urban centers lying underneath, the fertile ‘Valley of Vegetables’ on the southern part and the western foothills of the Sicani mountains in the northern one.

The main feature of Christmas in Trapani is the small center of Custonaci, where the nativity event is hosted in the Mangiapane cave of Scurati, the most famous cave within Monte Cofano’s reserve. The Custonaci Christmas crib has been held since 1981. What makes this crib special is the peculiarity that over 160 people, coming from all over Sicily, are not actors but true craftsmen and shepherds; you can watch the milking of the cows, the making of the cheese, blacksmiths working the iron, farmer’s wife spreading out the dough and baking bread. The Custonaci living crib is compared to a permanent open-air museum of arts and crafts and also to a great movie set where ancient Sicily seems to interpret itself; the natural landscape in which the village stands, the low houses one by the other, the caves immersed in the thick vegetation. The location has also been featured in movies and television series.

Just 10 km away you reach Valderice, where 200 meters above sea level in the protected area of ​​the Urban Park of Misericordia, you can see the “Living Picture of the Bible”. Here, the event has a very original concept that moves away from the classic representation of the Nativity, current events are deepened through biblical references.

In this area of ​​Trapani the landscape completely changes its connotation; from the small hamlet of Misericordia. Built in 1600 around the Marian Shrine, you can admire the gulf of Bonagia and that of Cofano; Valderice is located in the wide valley of Mount Erice, surrounded by crystal clear sea and green gardens, where you can still find noble villas from the 19th century and the typical ‘Bagli’, which take their name from the Arabic courtyard “Bahah”, rural structures that witness the ancient peasant civilization.

This site uses Akismet to reduce spam. Learn how your comment data is processed.