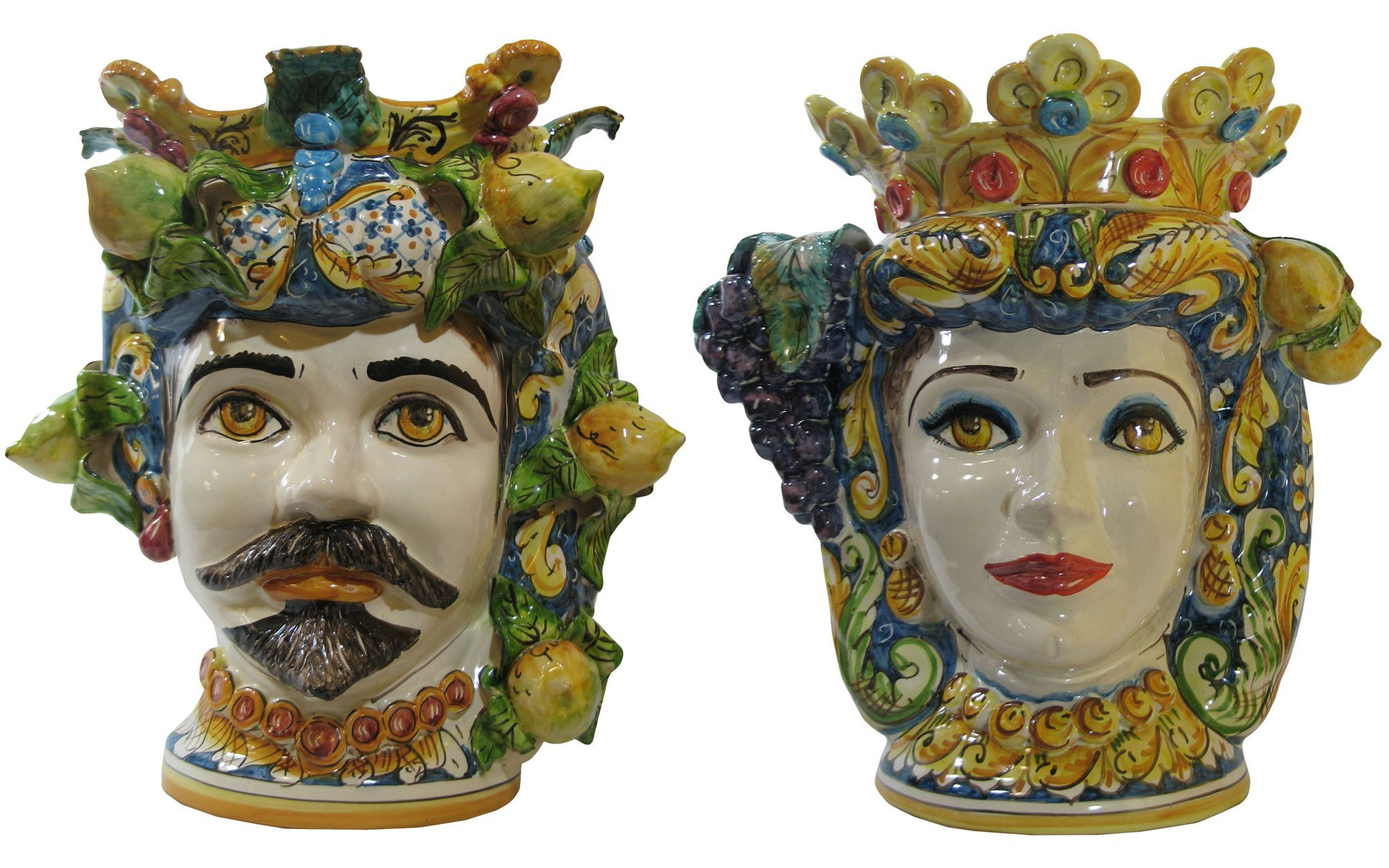 Anyone who has visited Sicily has instantly fallen in love with one of the most *ornamental attributes of this land, often present in the form of ceramic decorations adorned on the balconies or in the old villas of the island *aligned behind the steps as you walk through the towns. These are known as the “Teste di Moro,” meaning Moors head. A legend surrounded by mystery, romance and revenge.
The story unfolds in the Arab quarter of Palermo in the little town of Kalsa during 1100AD when the Moors had conquered Sicily.]During this time, the Moors built ceramic workshops all over the island while introducing new techniques consisting of new shapes and colors of majolica to the local Sicilians.

As the legend goes, there lived a beautiful young maiden with silky black hair and eyes the color of the sea of Palermo who spent her days cultivating and caring for the plants of her balcony. Young women were unable to go out alone at this time in Sicily, so the balcony served as a glimpse of freedom. One day, a wealthy young Moorish merchant noticed the young woman and instantly became captivated by her rare beauty and declared his love for her. Flattered and moved by his passion, she surrendered her love and virtue to him. Dishonored and stripped of her virtue, the young maiden soon learned the Moro would return to his country where his wife and children waited for him. Blinded by rage and heartache, the young woman waited until nightfall for him to fall asleep. She crept into the kitchen and returned to the bedroom with a knife, where she decapitated her beloved so he could never leave her again. The morning after, she turned his head into pot, filling it with basil, a symbol of passion and royalty, where it adorned her other plants on her balcony. The “pot” grew lush, so as to arouse the envy of the local residents who ordered the construction of similar vessels, in the form of dark brown.
Today these ornamental vases, worked in ceramics and hand-painted by master craftsmen, are a very auspicious symbol for the residences of the Sicilians